By Jim Ewert and Nikki Moore 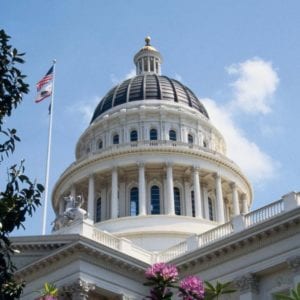 Much of the work of the California Legislature in 2017 was driven by the 2016 Presidential election. Many bills that were introduced were direct attacks on the new administration’s policies on immigration and its attempts to repeal the affordable care mandate.

The Legislature did, however, find time to pass laws that affect the disclosability of information relating to the oversight of a controversial clean energy loan program (PACE), grand jury proceedings, audio and video recordings of certain violent crimes, collective bargaining negotiations and the sanctuary state bill.
Legislators passed new laws that further restrict what employers can do in the workplace as well as regulations on marijuana growers, distributors, retailers (advertisers) and users as the state gears up for the recreational use of cannabis products triggered by the passage of Prop. 64. They also implemented new political advertising restrictions with the Disclose Act.

Following is a list of the new laws that CNPA staff has identified as having a potential impact on newspapers. The laws will take effect on Jan. 1, 2018, unless noted.

This new law becomes effective on April 1, 2018, and exempts from disclosure documents used by the agency that oversees the state’s PACE program to investigate potential misconduct by a program administrator, PACE solicitor or PACE solicitor agent when the agency enters into a settlement agreement with an alleged violator.

The bill was passed at the end of session, which did not allow for any time to fix the defects outlined above and was the basis of CNPA’s opposition. CNPA received assurances from the author of the bill that he would introduce legislation in the 2018 session to provide for the disclosability of these documents, but Matt Dababneh (D-Woodland Hills) recently resigned after being caught up in the sexual harassment scandal that has swept through the Capitol. CNPA will seek another author to introduce the legislation to allow for the disclosability of these documents.

This bill clarifies that the California Public Records Act does not require disclosure of a video or audio recording that was created during the commission or investigation of the crime of rape, incest, sexual assault, domestic violence or child abuse that shows the face, intimate body part or voice of a victim of the incident depicted in the recording.

This new law amends an existing exemption that is available to state agencies that will allow local agencies to withhold documents that would reveal the agency’s deliberative processes, impressions, evaluations, opinions, recommendations, meeting minutes, research, work products, theories or strategy.

The law contains two provisions that would prohibit the disclosure of aggregate information about the immigration status of individuals who are arrested and reported to the attorney general.

CNPA objected to the provisions that were added to the bill at the 72- hour deadline for bills to be in print before final action could be taken. The author provided assurances to CNPA, the chair of the Assembly Judiciary Committee and the Assembly Speaker’s Office that the disclosure prohibitions would be removed in cleanup legislation introduced in 2018 to address several other problems identified in the bill.

Attempting to address fraudulent political ads that characterized the 2016 presidential election, this new law expands the definition of “political cyber fraud” to include the intent to mislead, deceive, or defraud or to cause a person reasonably to believe that a political website has been posted by a person other than the person who posted the website, and would cause a reasonable person, after visiting the website, to believe the site actually represents the view of the proponent or opponent of a ballot measure or that urge the support or opposition of candidates for public office.

This new law requires a committee to file a report within 10 business days of making a contribution or independent expenditure aggregating $5,000 or more to support or oppose the qualification of a single local initiative or referendum ballot measure.

This law removes a sunset provision in the Brown Act that allows a health authority that conducts a teleconference meeting to count members who are outside the jurisdiction of the authority toward the establishment of a quorum when participating in the teleconference if at least 50 percent of the number of members are present within the boundaries of the territory over which the authority exercises jurisdiction.

California’s minimum wage goes up another 50 cents in January

California’s new minimum wage in January will be $11 an hour, or $10.50 for businesses with fewer than 26 employees.

The increase was passed and signed into law in 2016, as SB 3 by then-Sen. Mark Leno (D-San Francisco). The increase gradually raises California’s minimum wage to $15 an hour over the next few years.

This law prohibits an employer from refusing to allow an employee with more than 12 months of service with the employer, who has at least 1,250 hours of service during the previous 12-month period, and who works at a worksite in which the employer employs at least 20 employees to take up to 12 weeks of parental leave to bond with a new child within one year of the child’s birth, adoption or foster care placement.

The law also prohibits an employer from refusing to maintain and pay for coverage under a group health plan for an employee who takes this leave. The law exempts an employee who is subject to both state law regarding family care and medical leave, and the federal Family and Medical Leave Act of 1993. Also, if the employer employs both parents and they are entitled to leave pursuant to this bill for the same birth, adoption or foster care placement, the parents’ mandated parental leave would be capped at 12 weeks and the employer is not prohibited from requiring simultaneous leave to these parents.

The DISCLOSE Act amends California’s campaign advertising laws to require additional disclosures for campaign advertising on ballot measures and ads for candidates placed by an outside group. The Act requires the names of the three largest contributors (of $50,000 or more) be listed on ballot measure ads or ads about candidates placed by outside groups. Each type of ad has new requirements on how to properly convey the disclosures.

Recreational Use of Cannabis — Prop. 64

New advertising and marketing regulations for recreational use and sales of marijuana go into effect on Jan. 1, implementing the ballot initiative Prop. 64, which California voters passed in November to legalize recreational marijuana.

The requirements, found at Business and Professions Code sections 26150 to 26156, first clarify that any news reporting or editorial writing that is not paid for by a marijuana licensee does not fall within the ambit of these rules.

The regulations then lay out general guidelines that apply to anyone licensed by the state to conduct business in the cannabis industry. The licensee is responsible for knowing and fulfilling the advertising regulations, and is solely liable for failure to comply with the law.

Nevertheless, even though there is no publisher liability if a violation occurs, news publishers should be aware of the requirements. The main regulations relevant to news publishers who place and publish advertising in print and online are: