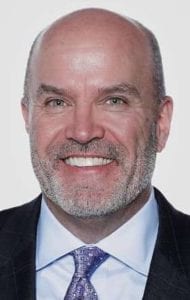 Bill Nagel is the new publisher at the San Francisco Chronicle, the newspaper reports.

His executive roles have been in circulation, operations, business services and marketing. Nagel has served at The San Diego Union-Tribune, Los Angeles Times, Chicago Tribune and at the corporate level for Tribune Publishing. Most recently, he was vice president for Shared Audience at Cox Media Group in Atlanta.

Jeff Johnson, who had been Chronicle publisher since 2013, is now president of the newspaper division of Hearst, which owns The Chronicle.