Bruce M. Wood retired June 1 after stepping down as publisher of Champion Newspapers of Chino and Chino Hills this year, and after 45 years in the newspaper business. 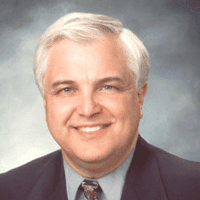 Wood served over 20 years with the Champion, as general manager from 1993-1996, and co-publisher and publisher from 2000 to the present.

He began his career at the Chula Vista Star News when he graduated from San Diego State University in San Diego. He worked for the Long Beach Telegram, Victor Valley Daily Press and Tri-County Newspapers out of Willows in Northern California, before coming to the Champion.

Between 1996 and 2000, he returned to his home town of Rolling Hills as publisher of the Palos Verdes Peninsula News, then was publisher of the Los Angeles Independent Newspaper Group, which owned it, before coming back to the Champion.

When the newspaper was sold in January, he continued on as a publisher consultant for the new owners, Golden State Newspapers. Wood has been president of the Chino Valley Chamber of Commerce and the Rancho Del Chino Rotary Club.

He and his wife Debbie, residents of Chino Hills for the past 17 years, plan to move to Houston, Texas, to be near their daughter’s family, which includes a granddaughter and grandson. They also have an adult son living in San Pedro. The Woods hope to travel and visit family in California and Oregon often.

Bruce has just resigned from the CNPA Board of Directors. The Champion was acquired Feb. 1 by Will Fleet and Ralph Alldredge.