CALmatters has eye on collaborations

CALmatters has eye on collaborations 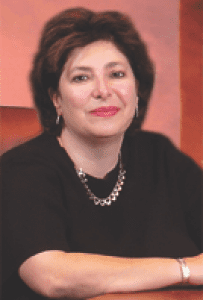 Across the country, the news landscape is changing and fierce competition is increasingly giving way to greater media collaboration and partnerships, especially with nonprofit newsrooms.

California is no exception.

There are several nonprofit news organizations in California, including CALmatters, a two-year-old news venture that produces explanatory journalism about California state government and public policy and publishes on its site and distributes full-text stories free to more than 100 newspapers, radio stations and digital news sites around the state. Media partners often localize the statewide CALmatters stories for the communities they serve. Other nonprofits, like San Francisco Public Press, publish a website and quarterly newspaper and partner with other public media and civic groups on reporting and convening public events. The Voice of San Diego and the Voice of OC focus on local coverage published on their own news sites. Topic-driven nonprofits like EdSource and the California Health Report provide specialized coverage on education and healthcare on their own sites and distribute their work to media partners, too.

Much of the initial skepticism about nonprofit newsrooms has ebbed as new rounds of layoffs, buyouts and consolidation have further reduced the news hole and the newsrooms of many big and small news outlets. As a result, as nonprofit news groups have been filling some of the void, more resource-constrained for-profit news media outlets — and new digital-only news sites like Patch — have been relying on nonprofits as a source of quality journalism.

“Nonprofit news organizations in the INN network are filling a growing need across the country for public-service investigative, community and specialized journalism,” said Sue Cross, chief executive officer of the Los Angeles-based Institute for Nonprofit News, which represents more than 100 nonprofit media organizations in North America. INN provides education and business support services to members, helping them to identify operational and revenue-generating and audience development strategies and establish partnerships, collaborations and strategic alliances. 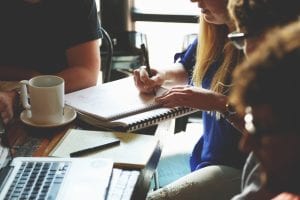 Nonprofit news organizations are also increasingly collaborating with for-profit news media outlets on important local, regional and statewide reporting projects, according to the Center for Collaborative Media at Montclair State University in New Jersey. CALmatters and the Los Angeles Times recently won a CNPA first place award for enterprise reporting for the ongoing series about California’s staggering pension debt crisis. After the series first ran in the L.A. Times, CALmatters distributed it to the rest of its media partners.

Combining forces not only saves time, money and resources, but the media partners often produce more impactful journalism for their communities. Some reporting projects are being supported by funding from community and national foundations. The Corporation for Public Broadcasting and the Irvine Foundation are supporting a two-year exploration of “What Happened to the California Dream,” which will launch this fall by radio stations KQED in San Francisco, KPCC in Los Angeles, KPBS in San Diego and Capital Public Radio in Sacramento. CALmatters was included in the radio collaboration as a liaison to print media partners so that the stories can be shared.

CALmatters launched two years ago with a staff of six covering how Sacramento works, who works it, and why it matters, distributing stories to 40 media partners, almost all CNPA-member newspapers. Today, the team has grown to 17 veteran journalists, digital media and audience development professionals, and content is distributed online and to more than 100 print, digital and radio partners across the state. In addition to in-depth reporting projects on California education, environment, health and welfare, economy and politics, CALmatters also produces a weekly political analysis column, regular “Scoring the Bout: Trump v. California” reports, and recently started distributing a column by well-known opinion columnist Dan Walters. Walters left The Sacramento Bee after writing his California column there for 33 years. CALmatters also plans to expand coverage of state politics in advance of and throughout the 2018 legislative and gubernatorial races.

More than half of CNPA’s newspaper members, including the Chico Enterprise-Record, San Francisco Chronicle, Los Angeles Daily News, San Jose Mercury News and The Bakersfield Californian, are CALmatters media partners. Dave Lesher, CALmatters’ editor in chief, says the news media outlets that publish CALmatters stories see CALmatters as providing much-needed coverage of state government at a time when the ranks of statehouse reporters have dwindled. Media partners get a weekly newsletter on upcoming coverage in advance of publication with stories, graphics and photos shared via DropBox. Lesher also welcomes opportunities for collaborations on stories that have broad relevance to Californians. Local news partners often localize CALmatters stories and either run a sidebar or insert the local angle into the story. CALmatters is conducting a partner survey now and is looking at how it can do more to help news partners localize state government stories, including creating new editorial products.

In August, CALmatters joined the Center for Investigative Reporting and the Voice of O.C. as the latest nonprofit digital news members of CNPA. Joe Wirt, CNPA’s director of affiliate relations, said CNPA would like to recruit more nonprofit journalism organizations and digital news members.

CALmatters makes our editorial content available to all news organizations at no cost. If you’re interested in becoming a media partner, please send an email to Publisher Marcia Parker.