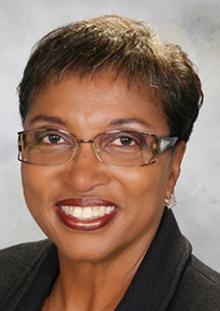 The California Press Foundation has named Cheryl Brown the 2017 recipient of the Philip N. McCombs Achievement Award. The award honors distinguished publishers who are no longer fully active in the industry but who have served their communities well for an extended period and have made lasting contributions to the industry and its traditions.

In 1980, Brown and her husband, Hardy, founded Brown Publishing Company to produce the weekly Black Voice News, which provided community news in Riverside and San Bernardino counties. The couple, married for 50-plus years, has been recognized as the only living publishers to be included in the 175th anniversary of the Black Press of America. They have four children, nine grandchildren and six great granddaughters. The Black Voice News’ publisher is now their daughter, Dr. Paulette Brown-Hines. Other family members are part of its online and print operations.

Cheryl Brown was a state assemblywoman from 2012-2016, representing California’s 47th District in San Bernardino County. Prior to election to the legislature, Brown worked as a planner for the San Bernardino County Planning Department. She served on the San Bernardino County and City Planning Commissions for 17 years. Her achievements include authoring the county’s first mining ordinance, re-writing the Zoning Code, saving the historic Bloomington Garage and directing Auto Club Speedway through the environmental review process. During her tenure as a commissioner, she was elected president of the California County Planning Commissioners Association.

She has worked with such groups as the Inland Empire Urban League, National Council of Negro Women (NCNW), Kiwanis, Lions, Arrowhead United Way, YWCA, San Gorgonio Girl Scout Council and her church, the San Bernardino St. Paul A.M.E., where she has served as a trustee; founded the Golden Gleaners senior citizen group and was the Young People Department (YPD) Regional leader. Prior to being elected to the Assembly, she served as the president of the San Bernardino NAACP. Brown also spearheaded local events including Take a Cop to Lunch, Bill Pickett Rodeo and the Footsteps To Freedom Underground Railroad Field Study Program.

Brown has been recognized by countless local, state and national organizations for her work on behalf of the community in various capacities as an elected official and community volunteer. She continues on that path as the California State Commissioner on Aging.

Brown will receive the award on Friday, Dec. 1 during the California Press Foundation’s 140th Annual Winter Meeting in San Francisco.The Winter Meeting begins Thursday afternoon, Nov. 30, with a First Amendment Coalition presentation, “Fake News & the First Amendment.” It will be followed by a reception and entertainment by the Irish Newsboys, dinner and a talk by former state Assemblyman Joe Nation.

A Friday luncheon panel discussion on housing and homelessness will be followed by the presentation of these awards: California Newspaper Hall of Fame, Philip N. McCombs Achievement Award and Mark Twain Award.

Registration for the event must close on Sunday, Nov. 26. Please visit the Cal Press website for details.