Christopher Livingston to managing editor at Daily Independent in Ridgecrest

Christopher Livingston to managing editor at Daily Independent in Ridgecrest 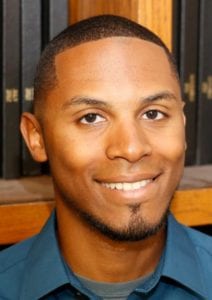 “I expect big things of Christopher and am sure the DI and community will not be disappointed,” Publisher John Watkins said.

Livingston, a CSU Fresno alum, had been sports editor for three years. He succeeded Jack Barnwell, who became community editor.