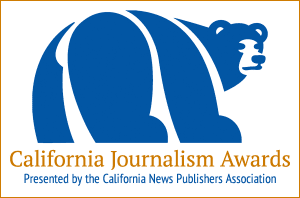 By the extended entry deadline last Friday, 2,500 separate entries from dailies and weeklies had been submitted for the California Journalism Awards (formerly known as the CNPA Better Newspapers Contest). Campus entries from high school, community college and university members, totaled 568.

Judges from entering newsrooms will work in coming weeks to determine the top four or five entrants, depending on the category and division. A Blue Ribbon panel comprising judges from outside California then will determine the final top four placings.

General Excellence plaques will be presented, and first- and second-place winners announced, at the California Journalism Awards luncheon on Saturday, April 14, during CNPA’s annual Press Summit at The Lodge at Sonoma Renaissance Resort & Spa.