Dick Fogel to Hall of Fame

Dick Fogel to Hall of Fame 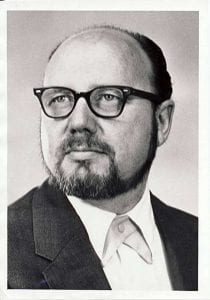 Correction: State Librarian Greg Lucas will address the group on Thursday night, Nov. 30, and the panel discussion on housing and homelessness will be on Friday, Dec. 1. An earlier version of this story transposed the dates.

The California Press Foundation will induct the late Dick Fogel into the California Newspaper Hall of Fame in December.

Fogel (1923-2009) was a former Oakland Tribune editor who went on to co-found, in 1978, Bay City News Service, a regional wire service dedicated to local coverage of news and events throughout the greater San Francisco Bay Area.

He also worked with other prominent journalists and news organizations across the country to craft the basic principles of what would later become the landmark Freedom of Information Act.

In his 30 years with Bay City News Service, Fogel instilled in his news staff the journalistic ethical principles of truthfulness, accuracy, fairness, and objectivity.

This is the Bay City News Service Credo he established and that was given to all new employees:

“It shall be the constant intention of Bay City News Service reporters and editors:

Cal Press will present a plaque to Fogel’s family on Friday, Dec. 1 at its 140th annual Winter Meeting. The event begins Thursday afternoon with a First Amendment Coalition program, followed by a reception and entertainment by the Irish Newsboys, dinner and a talk by State Librarian Greg Lucas.

The Friday Luncheon Awards Banquet will feature a panel discussion on housing and homelessness followed by the presentation of these awards: California Newspaper Hall of Fame, Philip N. McCombs Achievement Award and Mark Twain Award.

Registration for the 140th Annual Cal Press Winter Meeting is open now. Please visit the Cal Press website for details. The deadline to book rooms at the Marines’ Memorial Club & Hotel is Nov. 8. Booking information is on the Winter Meeting page at Cal-Press.org.