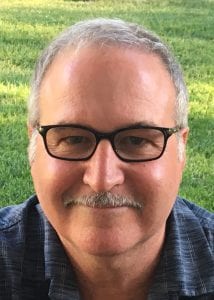 Eric Johnson is now editor of the Sacramento News & Review, the paper reports. He has previously held editing positions at the Monterey County Weekly, Metro Silicon Valley and in Santa Cruz. Johnson also started his own newspaper, the alt-weekly Missoula (Mont.) Independent, while he was still a student in college.

“I’ve known Eric since the early 2000s, when he was editor of the Monterey paper — then called Coast Weekly — and I was editor of the Chico News & Review,” said Bob Speer, who served as the SN&R’s interim editor since February, and has now re-retired. “When I learned he had applied to be editor here, I was delighted. Alternative newsweeklies are unlike any other medium, and the best editors are those who understand what makes them unique and how to make them better. That’s Eric.”