Erik Cushman is Executive of the Year

Erik Cushman is Executive of the Year 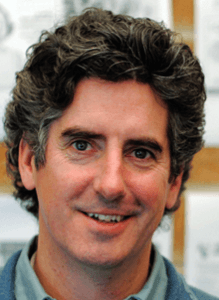 The California Press Foundation has named Erik Cushman, publisher of Monterey County Weekly, the recipient of its 2018 Justus F. Craemer Newspaper Executive of the Year award.

The award’s recipients are publishers, editors-in-chief and equivalents who have involved themselves in the directions of the editorial and news side of their newspapers by showing exceptional editorial achievement. Their newspaper has made an impact on its community or influenced local, state or national concerns as a result of their journalistic effort.

Cushman has been publisher of the Monterey County Weekly since 2001, when it was titled Coast Weekly. He joined the company as vice president and director of operations in 1999 after serving as general manager of the Colorado Springs Independent. Previously, he had overseen business operations of the Missoula Independent, which he had co-founded in 1991 as a student at the University of Montana.

With Cushman’s assistance and influence, The Weekly’s veteran news staff has shone with its comprehensive coverage of local news, regional issues, culture and business.

The Thursday newspaper, which changed its name to Monterey County Weekly in 2004, published a 104-page issue this October to commemorate its 30th anniversary.

Cushman has had a hand in all of it. He is an enthusiastic, demanding leader who requires accountability from his staff.

His company is able to take action when needed to fulfill its public-service role. The Weekly has pursued difficult stories and engaged in legal actions that would overwhelm many editors and publishers.

During Cushman’s tenure, the Weekly’s staff has received the First Amendment Coalition Free Speech & Open Government Award (2015) and the Association of Alternative Newsmedia Free Speech Award (2016), along with the coveted General Excellence award in CNPA’s statewide contest in 2017. The paper has won nearly 100 local, regional, state or national editorial awards for editorial content, design and photography.

Under Cushman’s guidance, the company has formed partnerships within the community to highlight great causes and to raise money. The Monterey County Gives program has raised over $16 million since 2009 to support local non-profits.

Cushman is chair of the Monterey County Workforce Investment Board and a member of the CNPA Board of Directors.

Meanwhile, The First Amendment Coalition has confirmed the panelists for its Thursday afternoon session, “What Happened to The ‘Golden Age of Free Speech’?”
They are:

The Cal Press event begins Thursday afternoon and continues through mid-afternoon on Friday. We hope you can join us.