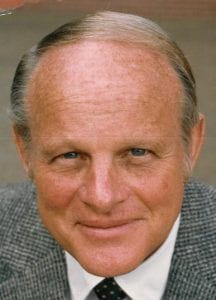 Erwin Potts, who helped to expand The McClatchy Co. from a California-newspaper company into a national organization, died last week after an accident at his home in Mexico City, The Sacramento Bee reported. He was 85.

Potts joined the company in 1975 as director of newspaper operations and retired in 1996 as chairman of the board of directors.

“He was a business-side person who was a journalist at heart,” said Gregory Favre, former executive editor of The Bee and retired vice president of news for McClatchy. “He understood the newsroom like few people in that position do.”