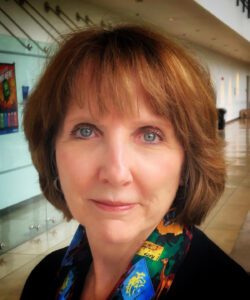 The featured discussion during the California Press Foundation’s 144th Annual Winter Meeting on Friday, Dec. 3 will include four onetime interns who were supported by grants from the organization to launch their careers.

Linda S. Bowen, pictured, Journalism chair at CSU Northridge, and a Cal Press director, will moderate the discussion. Slated as panelists are:

Bowen also will provide details about a statewide campus journalism census and database that has been developed with support from Cal Press. A key part of Cal Press’ mission is to support student journalism through philanthropy and connections.

As reported previously, the 2:30-4:30 p.m. virtual event this Friday will include the presentation of the Justus F. Craemer Newspaper Executive of the Year Award to Craig Harrington, The Intermountain News, Burney; the Philip N. McCombs Achievement Award to Michael Giangreco, a former publisher in the Bay Area, Auburn, Napa and Sonoma; and the Mark Twain Award for Journalism Excellence in California to the late John Carroll, former executive editor of the Los Angeles Times.

Cal Press will induct Allen P. McCombs, Champion Newspapers, Chino; and Charles Hastings Deuel, Chico Record (now Chico Enterprise-Record); into the California Newspaper Hall of Fame during the Winter Meeting. Still to be announced is the Jack Bates Award for Distinguished Service to the California Press.

The organization’s 144th Annual Winter Meeting will be held virtually from 2:30 to 4:30 p.m. Friday, Dec. 3. You are invited to attend and join. Click to register