The California Press Foundation will induct Frank McCulloch and James Joseph Ayers into the California Newspaper Hall of Fame this Dec. 7. 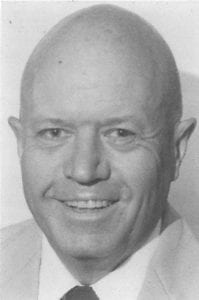 McCulloch (1920-2018) was a former reporter and editor at newspapers in San Francisco, Sacramento, Los Angeles and Reno, and a heralded war correspondent for Time magazine.

He was a formidable editor and a beloved mentor whose career impacted countless journalists and publishers.

After he retired in 1985 as McClatchy’s executive editor, he joined the San Francisco Examiner as managing editor. While he was there, Cal Press named him the Justus F. Craemer Newspaper Executive of the Year.

McCulloch received the Society of Professional Journalists Freedom of Information Award in 1983. In 2009, The Center for Investigative Reporting honored McCulloch with a Founders Muckraker Award, citing “his passion for investigative reporting” by noting he “was named in seven libel suits – all unsuccessful – during his McClatchy years that helped establish protections from which journalists still benefit today.” 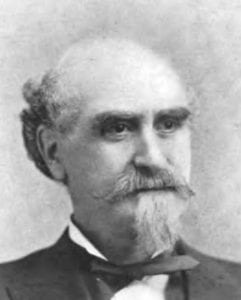 Ayers later served in the 1878 State Constitutional Convention and was active in the campaign of General George Stoneman for governor. That Convention framed the foundation of the laws of California, where Ayers helped to ensure that both men and women could attend the University of California.

He also served as California’s state printer for four years.

Registration is open for the 141st Annual Cal Press Winter Meeting, to be held at the Marines’ Memorial Club & Hotel in San Francisco. It begins Thursday afternoon and continues through mid-afternoon on Friday. We hope you can join us.