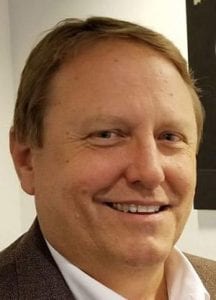 He had been chief revenue officer and senior director of major and national advertising for S.F. Media Co. Formerly, he was advertising director at the Antelope Valley Press in Palmdale.

Former Publisher Glenn Zuehls has been promoted to a management role in a new division of Oahu Publications Inc., the parent company of S.F. Media Co.