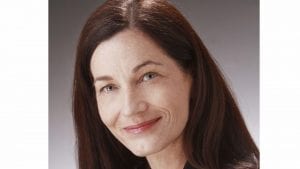 Kathy Thomson, a former president of the Los Angeles Times Media Group, died Aug. 6, 2017, The Times reports. She was 51 and died from complications of an aneurysm.

“She brought in a sales organization to figure out how to sell digital advertising,” said Eddy W. Hartenstein, former publisher and chief executive of The Times. “She recruited people to come get us hooked into social media.”