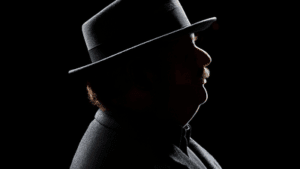 Jonathan Gold was a featured speaker at CNPA’s 2017 Press Summit in Santa Monica.

Gold, 57, died of pancreatic cancer, the paper said. The disease was diagnosed in early July.

Gold’s career spanned four decades and the Times credited him with pioneering a different approach to food criticism. His reviews first appeared in L.A. Weekly and later in The Times and Gourmet, and were “predominantly positive and focused on off-the-beaten-path ethnic restaurants, which he preferred to call traditional restaurants,” the paper said.

“Jonathan understood that food could be a power for bringing a community together, for understanding other people,” said Ruth Reichl, who edited Gold at The Times and at Gourmet. “In the early ‘80s, no one else was there. He was a trailblazer and he really did change the way that we all write about food.”

Gold was the subject of “City of Gold,” a 2015 documentary that followed the legendary critic as he ate his way through and reflected on Los Angeles.

“I can’t imagine the city without him. It just feels wrong. I feel like we won’t have our guide, we won’t have the soul,” said filmmaker Laura Gabbert, who directed “City of Gold.”

“Tell us how Jonathan Gold shaped your L.A. experience”