Former co-owners Judy Hodgson and Carolyn Fernandez purchased the then-monthly newspaper in 1990 and had published it weekly since 1998. 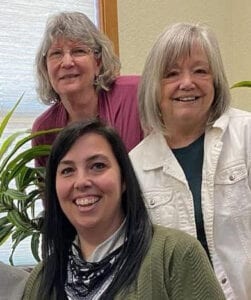