Police records reform advances out of appropriations; heads to Senate and Assembly floors

Police records reform advances out of appropriations; heads to Senate and Assembly floors

It was a singular week for transparency in the Legislature as two of CNPA’s sponsored bills to open up police records survived the suspense file on Thursday to move to floor votes. 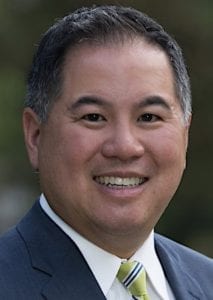 In the Senate, AB 748 by Assembly MemberPhil Ting (D-San Francisco), which would amend the Public Records Act’s investigatory record exemption to require disclosure of video footage like that captured by body cameras, was voted out of committee with a 5-2 vote, with Republicans opposing.

In the Assembly, SB 1421 by Senator Nancy Skinner (D-Berkeley), which would overturn the state’s special confidentiality rules for police officers’ personnel records, was voted out of the Assembly Committee on a 12-0 vote.

Both measures survived without any amendments imposed by the committees that would weaken their efficacy.

The fact that both bills survived intact is a testament to the public pressure on the Legislature to finally reform police practices in the state. The pressure was exerted through news reporting, op-eds and by editorial boards by CNPA members across the state including the Los Angeles Times, The San Diego Union-Tribune, Los Angeles Daily News, Southern California News Group, The Sacramento Bee, San Francisco Chronicle, The Mercury News, Desert Sun, Half Moon Bay Review and The Star News, among others.

CNPA staff is grateful for all of the coverage and editorial support by members in furtherance of this effort. 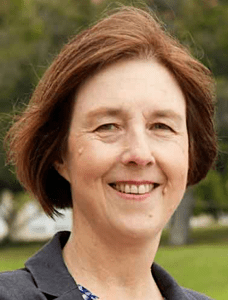 As Liam Dillon reported for the Los Angeles Times, police unions have repeatedly stymied legislation to peel back the confidentiality rules that went into place in the 1970s: “Repeated efforts to open access to misconduct records have run into aggressive opposition from the unions, one of the most powerful political forces in the Capitol and city halls around the state. Lawmakers who championed transparency faced threats of union opposition at election time.”

Dillon’s story was one in a four-part series by the Times to shed light on the unique secrecy laws that keep police officer misconduct from public scrutiny, and how they have affected the criminal justice system in the state. Maya Lau’s story on one officer’s attempt to blow the whistle on a bad cop illuminated the surprising fact that California is the only state that denies prosecutors direct access to police personnel files.

Changes to the law proposed by SB 1421 and AB 748 would give the public, individuals who encounter police, families of the deceased, journalists, and even law enforcement and other government officials much needed access to information about critical incidents, particularly serious uses of force or egregious violations of law by police officers.

Both SB 1421 and AB 748 will be taken up in the final week of session, and will continue to be difficult fights as lawmakers face pressure from law enforcement lobbyists and their members across the state who oppose any changes to the law. CNPA urges members to continue reporting on the bills, including seeking comment from local lawmakers on their position.

Please send copies of news stories or editorials published on either bill to Nikki Moore.