Postal rate increase on the horizon

Postal rate increase on the horizon 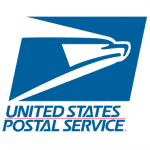 The U.S. Postal Service has issued a warning that the 2018 postage increase will likely be its last modest increase confined by a 2006 law.

National Newspaper Association President Susan Rowell, publisher of the Lancaster (S.C.) News, announced to community newspapers that publishers could expect significant increases in postage rates in 2019 if Congress does not enact a postal reform law this year.

“Every postage payer faces an additional 1-cent stamp increase on January 20, 2018, and overall mailers will pay about 1.9 percent more next year. We are gratified that the increases for within-county newspaper mail, which our newspaper members use so heavily to reach readers, will see a slightly smaller increase of 1.8 percent,” Rowell said.

But she said NNA expected much difficulty in 2019.

“The Postal Service signals its plans to the Postal Regulatory Commission, as it is required to do. This year, it said the coming 2018 increase was likely the last under the 2006 law that has kept postage rates relatively stable. For 2019, we have no idea what to expect although we know several things. First, USPS thinks Periodicals publications are generally not covering their costs, as USPS handling costs have risen faster than inflation. Second, the cost of handling mailing sacks will go up. Third, we could see a significant restructuring of postage rates for newspapers overall because USPS is in financial trouble,” Rowell said.

“We expect USPS to eventually recognize that the white flats tubs used primarily by newspapers cost less to handle than mailing sacks,” he said. “We have been urging members for some time to convert to the use of tubs. And we have been asking USPS and the PRC for almost a decade to recognize a lower rate for these tubs. This year we learned that our request for a better rate has been heard, but USPS believes it cannot pass this discount along to publishers without authorization of its Board of Governors. Since Congress has failed to fill any of the nine seats open for governors, there is effectively no board, so we are all hamstrung. We are making progress in getting permission for publishers to ship these white tubs without the usual green lids, which will help us with some logistical difficulties.

“But I don’t want anyone to think we are going to dodge the bullet in 2019 if Congress does not act pretty soon. It is clear that USPS has serious and ongoing financial difficulties. Unless postal reform is enacted, we can expect to see higher postage rates, more mail leaving the mail system and the resulting pain for mailers who simply must rely on the mail for distribution.”

NNA has distributed materials to its members in support of HR 756, the Postal Reform Act of 2017. More detail on the proposed 2018 rates will be available in Heath’s Postal Tips in the November Publishers’ Auxiliary.