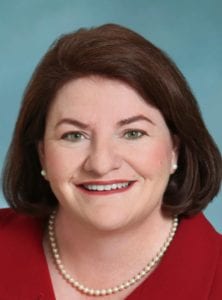 When she takes over from Kevin de León (D-Los Angeles) on March 21, Atkins will be the first female Senate president pro tem in California history. She is a former Assembly speaker who was first elected to the legislature in 2010.

Assembly Speaker Anthony Rendon (D-Lakewood) and Senate Republican Leader Patricia Bates (R-Laguna Niguel) also have been invited to speak. All legislators and constitutional officers are invited to an evening reception at the Capitol Building.

State treasurer and gubernatorial candidate John Chiang has been invited to keynote the program.In the era of the Me Too and We Said Enough movements, CNPA staff expects this legislative session will provide several opportunities to reform the Legislative Open Records Act as well as improve access to records of police misconduct and the oversight of local PACE programs. 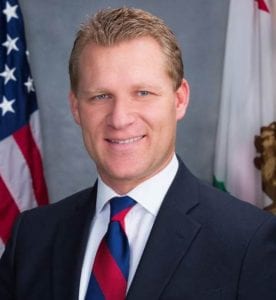 Staff also anticipates there will be continued threats to newspapers’ business operations. Your participation at Governmental Affairs Day is essential and demonstrates to legislators and other public officials that newspapers’ influence on the development of public policy in California is alive and well. Please invite your key staff to accompany you.

The day’s events, sponsored by the Los Angeles Times, California Black Media and First Amendment Coalition, start at 10 a.m. and end at 7:30 p.m.

The program is shaping up by the hour, but you can make your plans immediately.

For details, go here. To register, . Cost is $59/person and includes Governmental Affairs Day buffet luncheon at the Sacramento Convention Center, appointment setting with your local legislators in the Capitol Building and admission to the Legislative Reception in the Capitol Basement Rotunda.

The hotel block at The Citizen Hotel is now closed. Contact Renée Smith if you need a room.