Taylor Buley to publisher in Winters

Taylor Buley to publisher in Winters 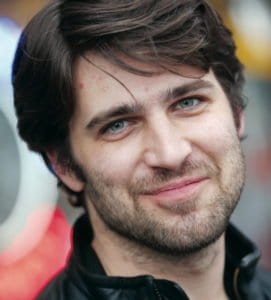 Taylor Buley is now owner and publisher of the Winters Express, the newspaper reports. He succeeds Charley Wallace, publisher since 1983.

Buley has been chief technical officer at McNaughton Newspapers since 2015 and previously was developer manager at Parade, a CNPA Allied Partner. Buley is son-in-law of Burt McNaughton, publisher of the Davis Enterprise. Taylor and Jacquelyn have a young son, Beckett.

Charley Wallace, whose partnership with the McNaughton company began in 1994, said Buley is serious about being the publisher and has what it takes: “He’s energetic and smart, and he wants the job.”

The Wallace family has owned and operated the Winters Express since 1947. Charley intends to tinker in his print shop and stay acquainted with his grandchildren.

As for his father, Newton Wallace (1964 CNPA president), 98, who still comes to the office to read the papers and open the mail, Charley said: “When I told him I was retiring, he said, ‘I kind of stuck you with that job — I was wondering how you were going to get out of it.’”