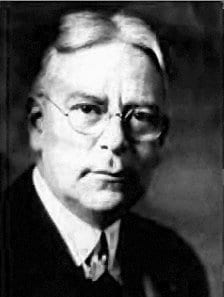 CNPA’s contest coordinator is looking for three more judges for the annual C.B. Blethen Memorial Awards, which your association administers on behalf of the Pacific Northwest Newspaper Association.

Open categories are Distinguished Reporting of Diversity (14 entries with a total of 48 articles), Feature Writing (25, 44) and Investigating Reporting (14, 48). All categories are in the dailies, circulation 50,000 and under, division.

If you can help, please email Simon Birch or fill out this simple form.

The awards were created in 1977 to honor one of the Northwest’s most distinguished newspapermen.

C.B. Blethen was publisher of The Seattle Times from 1915 until his death in 1941. He was known in his community and among his newspaper colleagues as a person who made the ideals and standards of American journalism a way of life.

He was knowledgeable in almost all phases of the newspaper business – as a reporter, editor, advertising authority, cartoon idea man, innovator and inventor of mechanical processes.

In 1987, C.B. Blethen was inducted into the State Hall of Journalism Achievement at Washington State University for his contributions to the profession and his commitment to the belief that a newspaper’s first responsibility is to its readers and to the community.