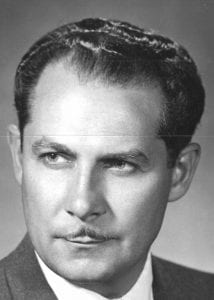 Vernon Spitaleri, editor and publisher of the Laguna News Post, died in January, the Daily Pilot reported. He was 94.

Spitaleri operated The News Post, a combination of the South Coast News and Laguna Post, from 1967 to 1981. He also had held top-level jobs with the American Newspaper Publishers Association (Now Newspaper Association of America) and Knight Ridder.