Your newsroom is a moneymaker, Neil Chase says

Your newsroom is a moneymaker, Neil Chase says 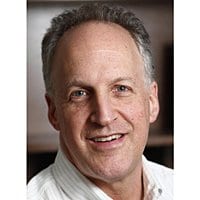 The same week that a national coalition of publishing associations and printing companies spoke out against tariffs on Canadian newsprint, the executive editor of a newspaper-based media company recommended that we all look ahead confidently to the end of display and banner advertising.

That editor was Neil Chase, who has not shied from commenting openly about staff reductions in his Bay Area News Group, which publishes The Mercury News and East Bay Times. Many people have departed as his workplace is evolving, yet he’s also evangelizing to young people about their place in an uncertain future.

The time is now for newsrooms to play a significant role in revenue generation, Chase will tell CNPA Press Summit delegates in “Newsroom Leaders as Revenue Generators: NOT FAKE NEWS” on April 13 in Sonoma. In fact, a whole slate of money-makers can and should originate in the newsroom, Chase says:

“Neil is respectful of our proud history but not shackled to it,” BANG President and Publisher Sharon Ryan said after hiring him two years ago. “He is inspired both by the loyal readership we have and the new generation of information consumers we are determined to attract. And he’s willing to reinvent our newsrooms and our news content to provide the underpinnings of a sustainable business that can enlighten the Bay Area for decades to come.”

Chase, who is deeply involved in supporting the student-media program at his alma mater, the University of Michigan, said that many students he mentors certainly have the mark of learning from educators who are print- and daily deadline-centric.

But he also said that he encourages students — and his BANG staffers — to envision a world beyond the one we grew up in where the news was the main focus.

The capable students at his Michigan Daily (and other schools) are bringing with them a skill set that includes the ability to be entrepreneurial and creative, diligent and journalistic.

“They’re going into journalism with a broader perspective on what they can do,” Chase said, “to think about products and think business. They know about spreadsheets and P&Ls.”

They’ve experimented in their campus programs in order to figure what they’re good at and what they can contribute, he said.

As for the professional newsroom, however it evolves, Chase is confident that there’s a future for important, authentic information, no matter who’s left or who comes into the business.